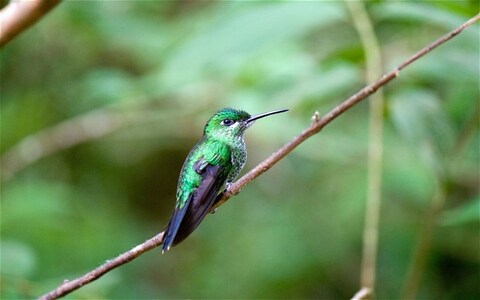 According to the most recent Happy Planet Index, published last year, which aims to measure human well-being and environmental impact, Costa Rica is the most satisfying place in which to live. It has an HPI score of 44.7, putting it just above Mexico and Colombia. Britain, on the other hand, languishes in 34th.

2. Perhaps because it’s got no army

The constitution of this peace-loving nation has forbidden a standing army since 1949 and it is now the home of the United Nations University for Peace. 3. And an impressively high life expectancy

Life expectancy in Costa Rica is an impressive +80 years, higher than all of its Central American neighbours. One region in particular, the Nicoya Peninsula, is known for longevity. Its residents frequently live beyond 100 years of age, with the simple lifestyle – Nicoyans usually make a living farming or on cattle ranches – is said to be responsible.

97.8 per cent to be precise, placing it in the top 40 countries worldwide. 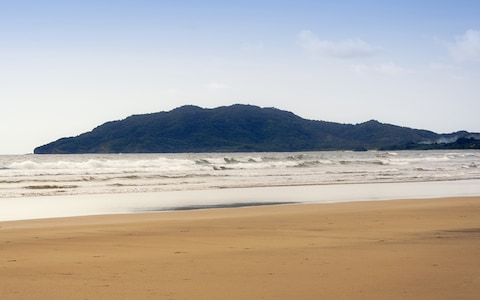 A noble goal. You can help by staying in one of the country’s numerous eco lodges.

These novelty digs are found at the Costa Verde resort at Quepos.

7. It’s coffee is among the best in the world

You can take his word for it. 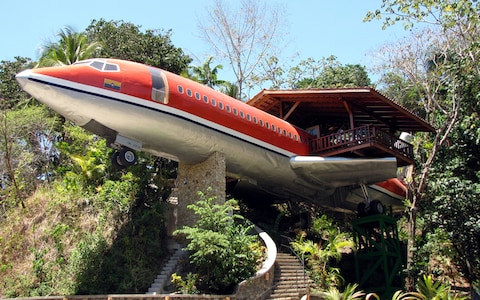 Instead of hola (hello), Costa Ricans say “Pura vida” (pure life) or “Que tuanes”, which is of obscure provenance, but may be a corruption of the English “Get-to-our-knees” – in other words, I like you so much I am genuflecting. Costa Ricans also refer to their partners as “media naranja”, or the other half of their orange. 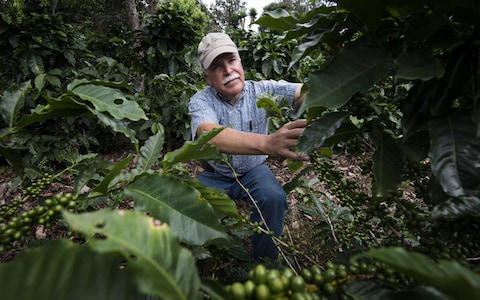 9. You can see sea turtles hatching

Watching the arrival of the Olive Ridley sea turtles on the beaches of the Pacific Coast is one of the greatest experiences to be found in the country. 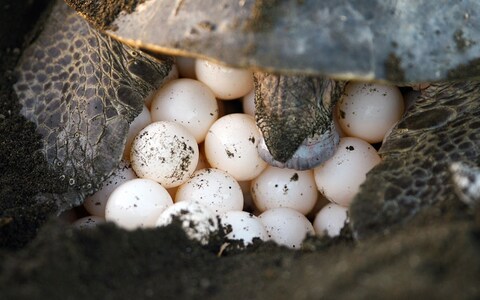 11. Surf on the Nicoya peninsula 12. Or explore the Monteverde cloud forest

It is home to many birds, including the country’s largest populations of quetzals – a species once sacred to the Mayans, who considered their feathers more valuable than gold – and more than 500 types of orchid.

The preservation of the cloud forest and its communities is largely due to a group of Quakers (Society of Friends) who left the US in 1951 to start a new life, buying and farming land locally and creating a reserve in 1972 without the usual backing of national or large international bodies. This first reserve spawned many subsequent parks and created a thriving and sustainable destination.

A win for feminism. They keep their maiden name for life.

Costa Rica hosts five per cent of the world’s biodiversity, even though it makes up just 0.03 per cent of the planet. Around a quarter of the country is part of a protected forest or reserve.

There are more than a dozen volcanoes in Costa Rica, including Arenal, which is 5,358 feet high. 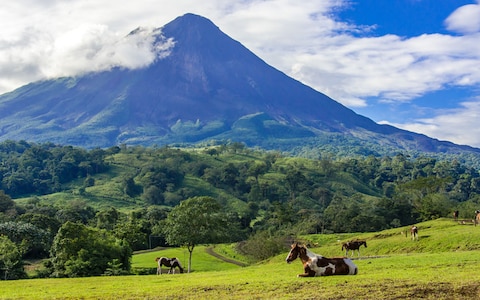 Want to be sure you won’t bump into any other Brits on your next holiday? Or simply looking for bragging rights when it comes to lesser-visited destinations? Then head to Costa Rica. A recent poll found that just 1.4 per cent of Britons have been.

18. Everyone carries a machete

19. It’s got some of the world’s best beaches 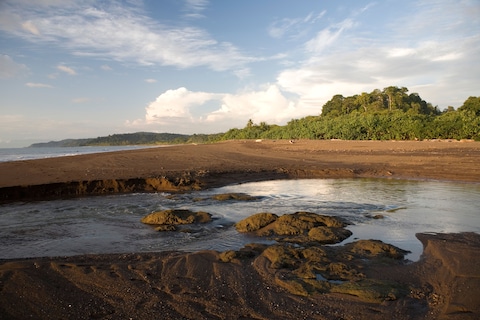 Which may or may not photobomb you. 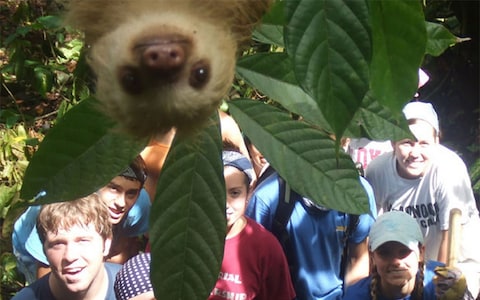 VivaCam, a new carrier, backed by the owners of Ryanair, recently announced plans to start operating low-cost flights from San José, the Costa Rican capital, to the rest of Central America, a move that could help to open up the region for budget holidaymakers.

22. You can see these mysterious spheres

There are more than 300 of them on the Diquís Delta, created by an unknown civilization. 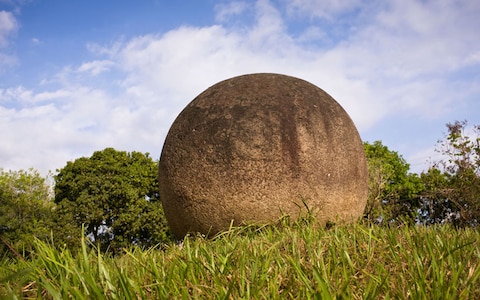 Made from the confiscated equipment of illegal shark hunters, it is located on the island of Cocos. 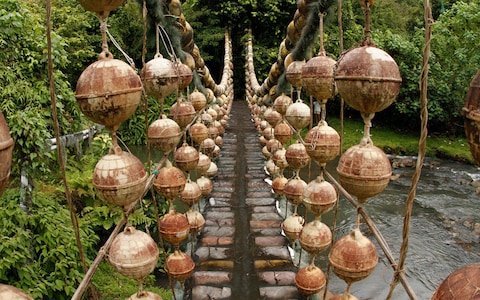 24. And these cool gardens

In the city of Zarcero. 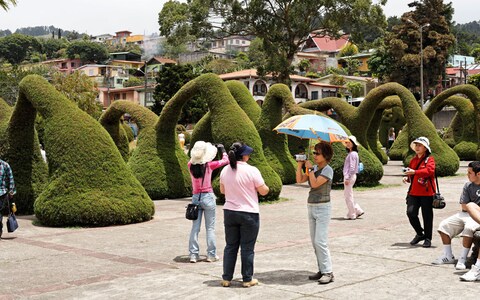 “We took a small plane to Manuel Antonio, one of Costa Rica’s most beautiful national parks,” she said. “It has one of the most stunning beaches I’ve ever seen. We stayed at the Si Como No eco resort, at the heart of the emerald green rainforest, where you’re surrounded by trees and exotic creatures. You could be sitting outside eating your breakfast and see a sloth climbing up a tree. We went whitewater rafting and explored the tropical forest, which was incredible.”

The film Congo was shot in Costa Rica. Linney recalls: “We got to see places you normally wouldn’t have access to, shooting on top of volcanoes and going deep into the rainforest and over gorges. It was gorgeous.”

29. And an impossibly blue river

That’s the Rio Celeste in the Tenorio Volcano National Park. 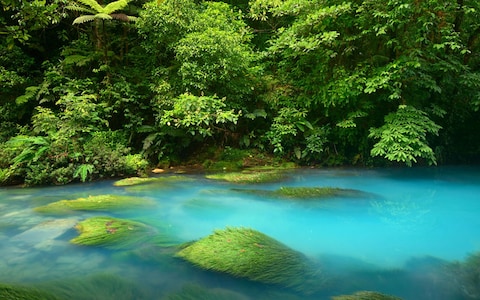